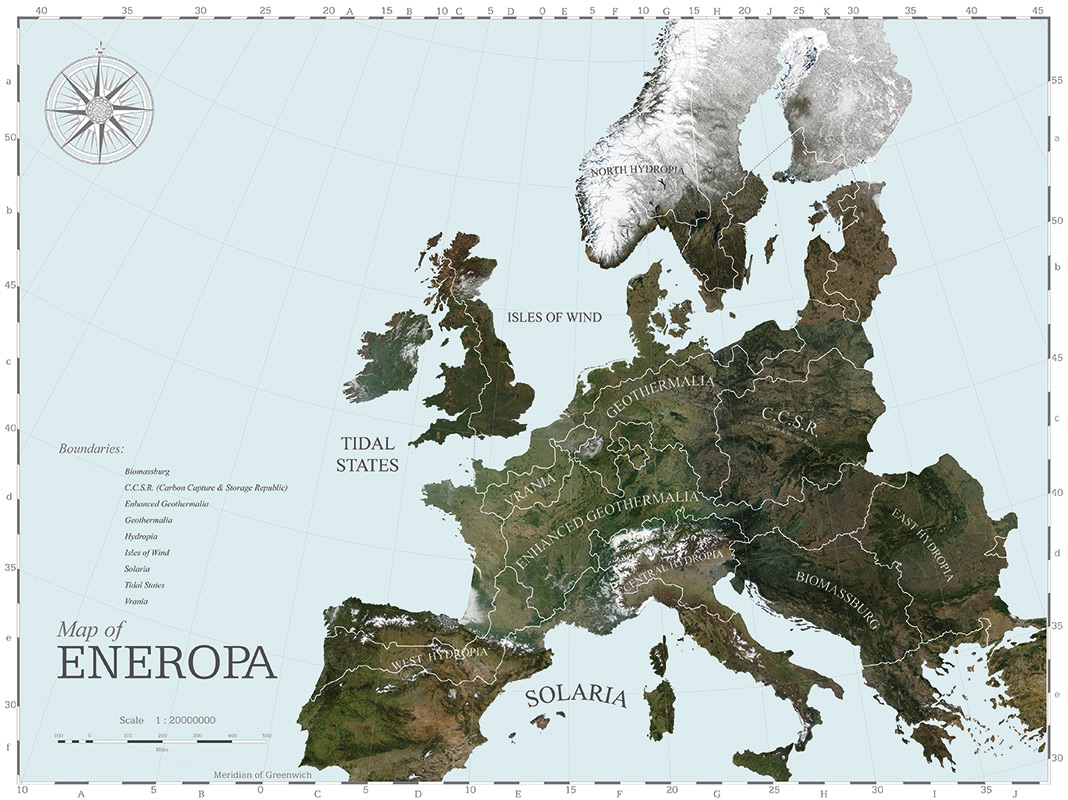 Rem Koolhaass architectural practice OMA has created an audacious design for an Europe-wide power network tapping into the different regions various renewable energy capabilities. Commissioned by the European Climate Foundation, the proposal claims it would cut carbon emissions in Europe by 80% by 2050. OMAs proposal also cheekily redraws the map of Europe as Eneropa, with countries forming new regions according to what type of energy they would supply to the grid

via Eneropa | Art and design | The Observer.